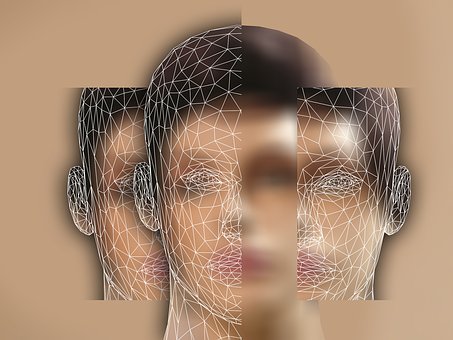 Undoubtedly everyone at some point in their life has posited the question”Who am I?” This, along with “Why am I here?” ,”What is the purpose of life?” , and other seemingly transient questions, has been a query that has puzzled philosophers through the ages. Individuals and cultures alike have attempted to render a verdict for the evidence that’s been presented. Even though the glut of answers that’s been given throughout history has varied tremendously both in nature and scope, they could all be condensed into two basic viewpoints: atheistic and theistic. From the atheistic perspective, which will be the leaning of most modern philosophers, is that we are here, the same as everything else – by accident. Over the course of billions of years of evolution, people, somewhere in the last few million years have developed a conscience – a self-realization. What it really is, is anybody’s guess, but it somehow puts us a bit above the plants and flowers, which although are living, growing, and reproducing, have in themselves no idea of being; they just simply exist, and nothing more. Neither do they care. In this scenario, we actually don’t have any existence or purpose in life; we just have a couple overdeveloped brain cells that are firing erratically causing us to temporarily become somewhat conscious of our existence. When we die, it’s all over and we, conscious of our being or not, simply cease to exist. On the other hand, in the theistic perspective, humans were created by God with a set purpose in life. We are created with a mind, a body, and a soul. Following are brief synopses of three prominent sociologists.

Charles Horton Cooley was a professor at the University of Michigan from 1892 until his death in 1929. Dr. Cooley set out to theorize human self-awareness by postulating three elements that define our awareness based on our relationships with those around us. He believed that we first imagine how we appear to those around us, then we interpret the reactions of others based on their perception of us, and finally we develop a self-concept based on how we interpret the responses of others. He called this theory that the”looking-glass self”. He believed that we perceive in our minds how we look or seem to people around us. Irrespective of how we feel about ourselves, we often worry about how others respect us. In middle school, we all expect that everyone will think we’re cool. In high school we can not fathom the notion that we won’t be found appealing. We frequently evaluate the answers we get from those around us to ascertain how they feel about us based on how they view us. Do they think we are weak because we’re nice? Perhaps they see us as cool since we speak condescendingly to others. If we’re quiet by nature, do they perceive us as smart, or simply unfriendly? After we have evaluated the responses of our friends and acquaintances, we will begin to develop ideas about ourselves. He believed that the idea of self was a lifelong, always shifting, process.

George Herbert Mead also used a three-step process to explain the growth of self, however, his measures differed from those proposed by Dr. Cooley. The first of his steps was what he called imitation. In this stage, which begins at a young age, we start to imitate the actions and words of those around us. We don’t really have a genuine sense of being; we simply view ourselves as an extension of those around us. In the second stage, known as play, we start the process of learning our self-identity by no longer simply imitating others, but rather by pretending to be them. Although we have not fully realized ourselves as being a complete and separate entity, we are realizing a step in that direction by showing that we know that others are individuals that are different from one another. In the final stage we begin to undertake the roles of others when we play team sports. In these situations we must learn how to play as a team by not playing our role, but by also understanding the roles that other men and women play so that we may anticipate their moves. Sometimes we might also be required to actively take on their role, like when a player is hurt and we have to substitute for them. It’s in these 3 measures, according to Dr. Mead, that we each develop our own individual identity.

Jean Piaget was a Swiss psychologist who noticed that kids often make the exact wrong observations in similar conditions. He deduced that all kids used the same reasoning when presented with a problem, regardless of their background. In the conclusion of years of studying them, Dr. Piaget decided that children go through four phases in the development of reasoning skills. The first stage, which he called the sensorimotor stage, lasts until about the age of two in most children. All of our ideas about self are limited to direct physical touch. We have yet to develop the idea of abstract thought or the ability to understand that actions have consequences. The preoperational stage, which lasts from about age two to age seven, is the period of time where we start to learn about what he called symbols. In other words, anything that we use to signify something else. This vocabulary not only applies to concrete symbols, like the male/female silhouettes on bathroom doors, but also to more abstract symbols such as language and counting. Although children begin to use and realize the use of these symbols, they don’t always fully understand their complete meaning. By way of instance, a child may be able to comprehend the difference between one cookie and two biscuits, but they would not have any concept of the difference between a car that cost $400 and another that cost $40,000. In the third stage, the concrete operational phase which lasts from approximately 7-12 years old, older children are beginning to grasp the general meanings of concrete symbols such as numbers (even if they’re extremely large numbers), yet still have problems understanding abstract ideas like love and honesty. In the fourth and last stage of our development, the formal operational stage, we are now beginning to comprehend abstract ideas. We are now able to answer not only questions about who, what, where, and when, but we could also begin to answer questions related to why something is right, wrong, beautiful, kind, etc..

Although Charles Cooley and George Mead differed in their approach to the development of self (Cooley’s was mental in facet, whereas Mead’s was physical), their ideas were the same in that their approach was the idea that we look to others to determine our idea of self. Irrespective of whether it’s our thoughts or actions which are based on those of others, we can’t develop the idea of self without the existence of others. On the exact same hand though, those we’re looking at are also looking back at us to make their own determinations about them selves. These all, of course, differ from the theistic perspective which states that we should look to God (Hebrews 12:2, KJV). The Bible recounts a story of the Apostle Paul debating with all the philosophers in Athens. Whom therefore ye ignorantly worship, him declare I unto you. God that made the world and all things therein… neither is worshipped with men’s hands… he giveth to all life, and breath, and all things… they should seek the Lord, if haply they might feel after him, and find him, though he be not far from every one of us… for in him we live, and move, and have our being; as certain also of your own poets have said…” (Acts 17:15-34)